When playing with magnets we've all experienced the force associated with magnetic fields. I'm sure you've tried to bring together like poles of bar magnets just to feel the force of repulsion they exert on each other. Perhaps, like me you've used magnets to make  toy cars apparently move on their own to amaze your younger relatives.

Lets extend our investigations of magnetic attraction and repulsion to current carrying conductors. 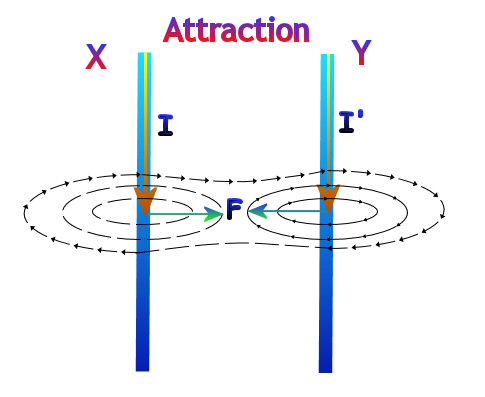 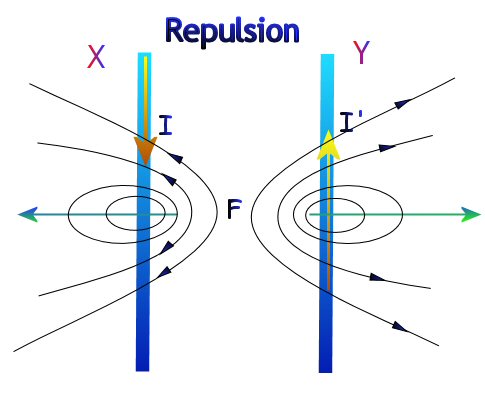 When the current flows are in opposite directions the magnetic field between the conductors is reinforced. This causes the conductors to repel each other.

Magnitude of the Force - Optional

Calculate the force per meter between two long thin parallel silver wires separated by a distance of 1 m when each carry a current of 1A in the same direction.

Solution: Using the above formula,